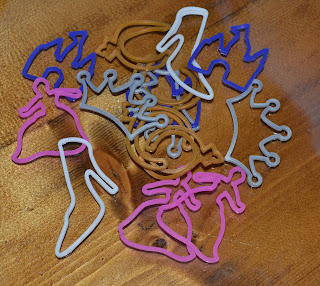 What happened to the trendy Silly Bandz that was so popular for kids. Silly Bandz are rubber bands made of silicone rubber formed into shapes including animals, objects, numbers, and letters. Silly Bandz come in many different shapes and colors. These are some of the silly bandz that my children played for a day and started throwing it out. Rubber bands used to be so simple but children will play on it like they never played like it before. Creative people added a different twist and look to an ordinary rubber band to make it more appealing to children. Since it was just a trend, apparently it also won’t last. Silly Bandz are not so silly anymore.