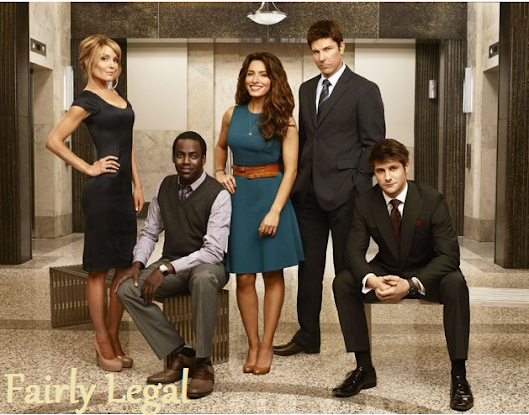 Alvin and the Chipmunks: Chipwrecked

Playing around while aboard a cruise ship, the Chipmunks and Chipettes accidentally go overboard and end up marooned in a tropical paradise. They discover their new turf is not as deserted as it seems.

Would you believe that my two little chipmunks in the house watched thus movie like million times already? The movie was on HBO for like couple of weeks now and they’ve been watching it many times since they first seen it in HBO channel. I have seen the Chipmunks 1 and 2 and I think it was alright. I like the chipmunks 1 i guess as it was the first time to see a chipmunk talking. The second one was alright but it has less singing performance and they introduced the Chipettes in the show. However, the chipmunks 3 have lots of singing and dancing performance from the Chipmunks and Chipettes which is why my kids like it. Wanna know the voices behind those chipmunks and chipettes? Check out IMDb

Have you already picked a costume for this year’s Halloween? Well, your son would absolutely adore the Dark Knight Rises costumes as it is one of the hit movie in 2012. The Dark Knight Rises is the epic conclusion to filmmaker Christopher Nolan’s Batman trilogy, leading an all-star international cast, Christian Bale plays the dual role of Bruce Wayne/Batman. The film also stars Anne Hathaway as Selina Kyle, Tom Hardy as Bane and many more. Watching the movie on a big screen has different effect. I did not watched the previous part of Batman trilogy but however this action packed Dark Knight Rises is a huge film. There are other villain characters that you look forward to see such as cat woman, cunning cat burglar with mysterious agenda and Bane. a dangerous, masked terrorist whose ruthless plans for Gotham drive Bruce out of his self-imposed exile. Batman has returned after eight years since he vanished into the night, turning in that instant, from hero to fugitive. I watched this movie online and I want to watch it again if it will be available in HBO.

Superheroes character just never get old. My 4 year old son just graduated with his fantasy over the Thomas & Friends and switched to Spider Man, The Incredibles, and Superman. Then, just recently he also got interested with avengers, superheroes squad and kind of crazy about Batman. He is a huge fan of Batman now and it all started when he saw the movie The Dark Knight Rises online. He started watching the cartoon Batman, Batman and Robin on TV every Monday thru Friday.

Halloween is approaching and my two lil nuggets can’t stop talking about it. Good thing wholesalehalloweencostumes.com offered me a free costume(s) to review. I let my son picked a new costume at their website and of course he chose Muscle Chest Batman Costume. He love it so much and keep wearing it everyday. So, start looking for costume now before you run out of option.

By the way, you can preview the movie below if you haven’t seen it yet in a big screen. This is one of the hit movie of the year. So, don’t miss it out.

Entertainment: Being Human {BBC and Syfy} and Lost Girl

These are the three TV series that I have been watching lately and is looking forward to watch every Monday at Syfy. Last night I watch the two episode of Being Human BBC three. It’s a British supernatural drama television series and it has different story line from the other one. That is why it is so interesting to watch both of them.

Being Human (BBC Three) was originally starred Aidan Turner as Mitchell (a vampire), Russell Tovey as George (a werewolf) and Lenora Crichlow as Annie (a ghost)—all of whom are sharing accommodation and attempting as best as they can to live a “normal” life and blend in with the ordinary humans around them. The first two series were set in in Totterdown, Bristol, and the third series relocated to Barry, Wales.

Addicted to Love – Next Episode – Being Human
Aidan and Suren’s love affair heats up while Sally gets tangled in her own love triangle. Being Human Monday at 9/8c. @ Syfy.

A supernatural tv series on syfy of a seductress Fae Bo who chose to live with humans than living with other Fae. Bo is a Succubus, and having grown up with human parents, she had thought she was just a normal girl until she accidentally killed people including her boyfriend. She is now on a mission with some help from her people, the Fae. Read more about Lost Girl.

Deadly Lucky – Next Episode Lost Girl
Bo stands to learn the secrets of her past when a Dark Fae with a problem comes calling. Lost Girl Monday at 10/9c.

Want to catch up with the latest episode of Being Human and Lost Girl then click the image to go to Syfy website.

Teen starlet AnnaSophia Robb films scenes for “Soul Surfer” in Hawaii. It is an inspiring tale based on a true story in the book written by Bethany Hamilton who was attacked by a shark off the coast of Hawaii when she was 13. Bethany Hamilton relies on her faith and the support of her parents as she attempts a comeback at championship surfing after losing an arm in a shark attack


This movie will inspires young ones to have determination on everything they want and dream to be. I love the store and the courage that Bethany have. It’s a heartbreaking and tear jerking movie. Bethany is a living miracle and yet she still determined to surf again if she only has one arm. It’s amazing! I love all the water adventures in the movie especially in the last part where she surf and did not mind of the competition and wanted to prove to herself that she can do it. You should watch this movie yo. Below are the movie information I read at rottentomatoes.com

Bethany (AnnaSophia Robb) was born to surf. A natural talent who took to the waves at a young age, she was leading an idyllic life on Kauai, participating in national surf competitions with her best friend Alana (Lorraine Nicholson), when everything changed. On Halloween morning, a 14-foot tiger shark came out of nowhere and seemed to shatter all her dreams. Soul Surfer reveals Bethany’s fight to recover from her ordeal and how she grappled with the question of her future. Strengthened by the love of her parents, Tom (Dennis Quaid) and Cheri (Helen Hunt), and supported by her youth group leader Sara (Carrie Underwood), Bethany refuses to give in or give up, and begins a bold return to the water. — (C) Official Site

There are some movies of Kristen Bell that I like and mostly are comedy. I think she is good in comedy movies but there was this one drama movie of her when she was a little bit younger that I like too. Anyway, You again is another

Marni had worst high school experience getting bullied by cheer leader Joanna. She became a very successful PR in New York at present. When she found out that her brother will be marrying to her high school nemesis, she tried so to stop the wedding. Joanna on the other was so in love with Will and will do everything she can to have his family like her. She remembered Marni but pretended not to recognized her in high school as she did not want to get haunted by the mean JJ from the past. The movie gets getting better when JJ introduced her aunt Ramona who was Gail Byer (marni’s mom) nemesis in high school. So the competition arise betweem Ramona and Gail, Marni and Joanna. Until everything was out of control and during the engagement a time capsule that supposed to be a secret and not be seen was out. In that time capsule showed the meanest side of Joanna and she made Marni’s life a hell back in high school. Well, all movies should have a happy ending. The movie ended when Joanna introduced Marni’s Grandma Bunny to Grandma Helen who also was a nemesis during their high school time. So the famous line all used upon meeting their nemesis was “You Again”

Successful PR pro Marni (Kristen Bell) heads home for her older brother’s (Jimmy Wolk) wedding and discovers that he’s marrying her high school arch nemesis (Odette Yustman), who’s conveniently forgotten their problematic past. Then the bride’s jet-setting aunt (Sigourney Weaver) bursts in and Marni’s not-so-jet-setting mom (Jamie Lee Curtis) comes face to face with her own high school rival. The claws come out and old wounds are opened in this crazy comedy that proves that not all rivalries are forever.

I have three copies of the Twilight Saga DVDs. I got hooked to this movie when I saw the first part of the movie through the DAD i won from joining online contest. Thanks to Mommy Kikamz for the movie contest. Anyway, I also read the four books of Twilight Saga series. My sister lend me the book so I already have clue of what’s going to happen in the movie.

The movie begins with the grand wedding of Edward and Bella and proceeded to the Honeymoom where intense romance between Bella and Edward happened. Then the pregnancy part that caused turmoil among the wolves which made Jacob turn his back away from the pack just to protect Bella. He did not created his own pack but Seth followed Jacob and joined his pack with his sister Leah Clearwater a Beta and only known female shape-shifter in the Black pack. The book has more detailed story than the movie. The first part of the movie ends with Bella wakes up with red eyes! This brings suspense to the viewers and eagerness to watch the second part. Of course they want to find out about the baby Renesmee Cullenwhich is portrayed by actress Mackenzie Foy. I guess we have to look forward for the second part of Twilight Saga – Breaking Dawn Part 2.

I saw the Breaking Dawn part 1 through online stream. Summit Entertainment’s The Twilight Saga: Breaking Dawn Part 1 continued to top the domestic box office, grossing $5.5 million on Friday for a cume of $235.9 million. The pic is on track for a $16.8 million weekend then drops down to 67 percent from the previous Friday during Holiday.