The Wizard of Oz/Judy Garland

I just finished watching the movie The Wizard of Oz, a 1939 American musical fantasy film. Dorothy Gale is swept away to a magical land in a tornado and embarks on a quest to see the Wizard who can help her return home. 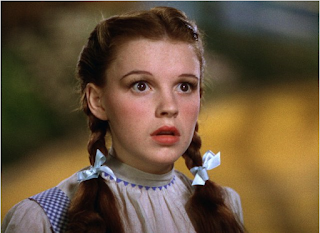 One of the brightest, most tragic movie stars of Hollywood’s Golden Era, Judy Garland was a moved-loved character whose warmth and spirit, along with her rich and exuberant voice, kept theatre-goers entertained with an array of delightful musicals.

She’s been gone for a very long time already but her movies, songs and legacy remains. Kids, adult and older people still watch this classic film The Wizard of Oz and known her as Dorothy Gale. The Wizard of Oz is one of the most famous films ever made and named as the most-watched film in history by The Library of Congress.